On August 15, 2021, Prime Minister Justin Trudeau’s request for an election and the dissolution of Parliament was granted by Governor General Mary Simon. Accordingly, the “Writ” was issued and set the election date for September 20, 2021.  The Writ is a formal written order instructing each electoral district (338 in total) to hold an election to elect a member of Parliament. A simple majority is required to form a government; however, in the event no single party wins a majority, then various constitutional conventions apply to the rights and traditions regarding the forming of a minority or coalition government. Please see the Canadian 2021 Federal Election Issue Tracker below for additional information.

Why are elections important? Elections matter because governments do things for a wide range of reasons—patronage, political competition, personality, tradition—but at election time governments are accountable for their record, and their party’s platforms (Party Policy) are most visible and measurable to the public and other stakeholders. Elections in Canada provide an opportunity to assess alternative public policies and exercise the right to vote to shape the decisions and policy of a government.

Public policies at their core are courses of action or inaction adopted to address a particular issue. Voter preference and public opinion fundamentally drive the actions of governments and elections and changes in government are expressions of voter satisfaction or dissatisfaction with the government of the day.

From an industry perspective, HPBAC is monitoring the party platforms of all parties running in the federal election, and will provide an election analysis and assessment of the new government’s policy agenda once a government is formed.

Over the two first weeks of the Campaign, the Conservative Party of Canada has taken a narrow lead over the Liberal Party in terms of popular vote, but the Liberals remain slightly favored to win the most seats. The New Democrats are gaining support and the Bloc Québécois vote is remaining stable. The Greens are dropping, putting them in fifth place behind the People’s Party. 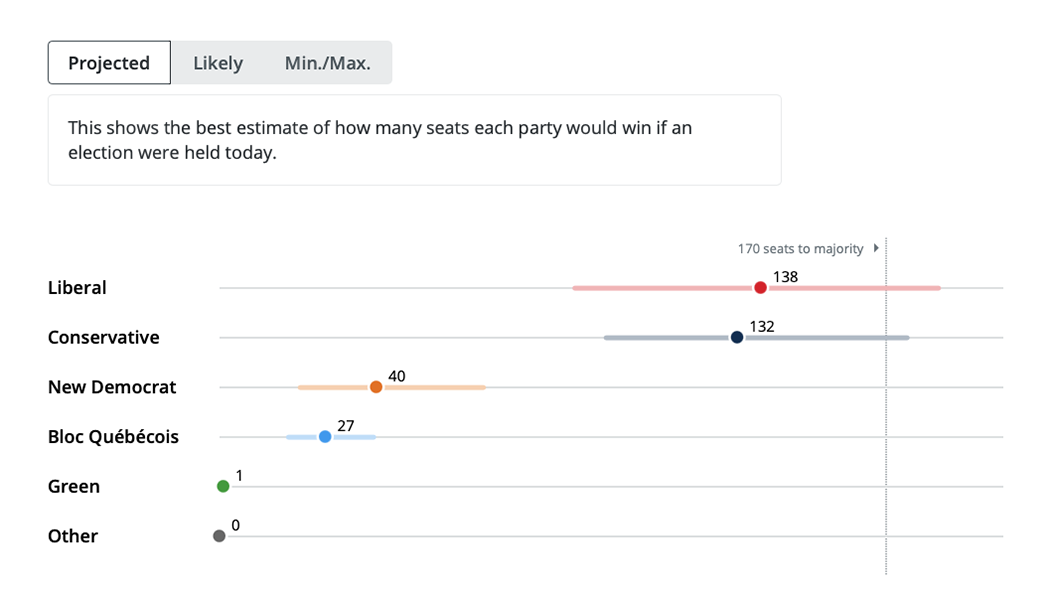